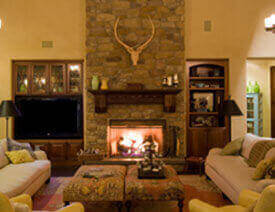 Propane is a hydrocarbon (C3H8) and is sometimes referred to as liquefied petroleum gas, LP-gas, or LPG. Propane is produced from both natural gas processing and crude oil refining, in roughly equal amounts from each source. Most propane used in the United States is produced domestically, with about 15 percent imported from overseas. It is nontoxic, colorless, and virtually odorless. As with natural gas, an identifying odor is added so the gas can be readily detected.

For more information on the benefits of propane gas, or to schedule a consultation to discuss how an oil heat system can benefit your home, contact us today.